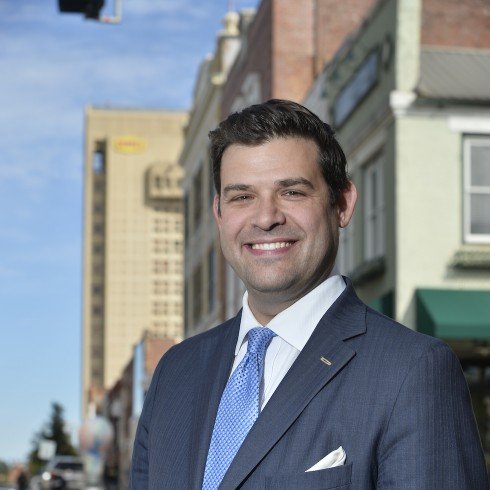 Chris Kennedy graduated from Clemson University with a B.A. in Political Science. He earned his Juris Doctor (J.D.) degree from the Charleston School of Law and spent his final year of law school as a visiting student at the University of Georgia School of Law. While attending law school, Chris worked in the General Counsel’s Office at Spartanburg-based Lockwood Greene and at CH2M Hill following its acquisition of Lockwood Greene.

Prior to joining Kennedy & Brannon, P.A., Chris served as law clerk to the Honorable J. Derham Cole, Circuit Court Judge for the 7th Circuit of South Carolina, followed by a brief term at the 7th Circuit Public Defender’s Office. Chris then joined Turnipseed and Brannon in January 2011, where he was made a partner in March 2012, and a named partner in March 2013. He cofounded Kennedy & Brannon, P.A., in July 2014.

Chris is a native of Spartanburg, SC, where he currently resides with his wife, Kelly, and son, Thomas.

If you think you might have a personal injury case, contact our team today. We will help you determine what course of action makes sense for your particular situation.